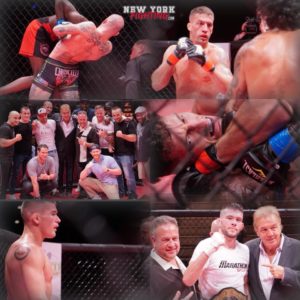 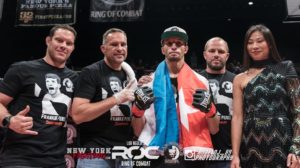 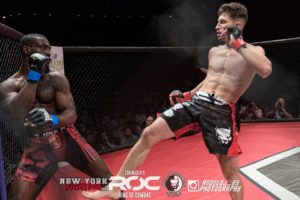 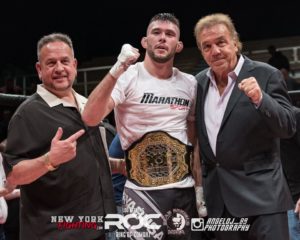 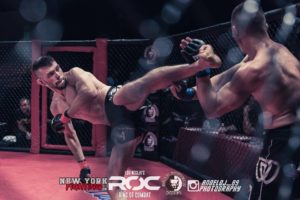 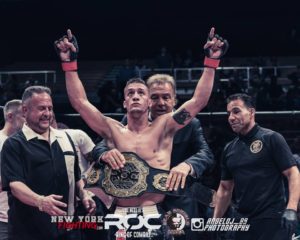 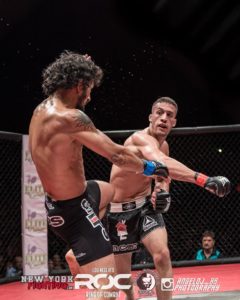 Thanks to all who came out to support ROC 63 this past Friday at the Tropicana Atlantic City Showroom. An stacked card entertained the packed showroom with some intense action. There was something for everyone as ROC 63 featured TKO, tap outs, intense action and much, much more! Both Bill Algeo and Phil Caracappa held on to their titles against a very game James Gonzalez and Miguel Restepo respectively. And ROC 63 featured a welcome of sorts as east coast great, Frankie Perez, returned to his roots and earned a first round stoppage over tough Jerome Mickle!

Mark your calendars and set your watches as Ring of Combat comes back to Atlantic City, Friday, June 8 at the Tropicana Showroom! Lou Neglia with Dead Serious Promotions brings an action packed card to the east coast. Featuring title fights, super-fights and a roster of whose-who, this card will not disappoint. Tickets can be purchased online, any TicketMaster outlet or at the Tropicana Box Office. Get yours today as ROC events are always guaranteed to sell out! 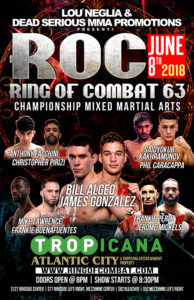 Just when we thought Battle of the Millennium could not get any better, we witnessed an unbelievable card this past Friday (April 13th). From top to bottom these ultra stacked bouts brought the fans to their feet many times throughout the night as these modern day gladiators brought their A-game to The Theatre in Brooklyn, New York. Check below for quick fight results! 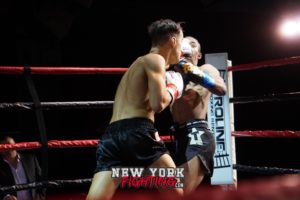 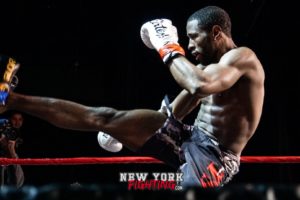 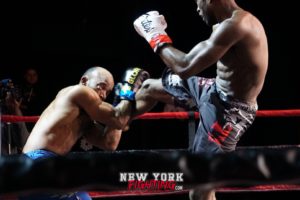 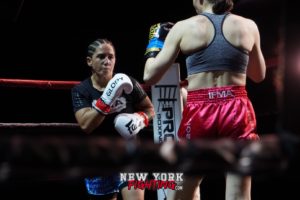 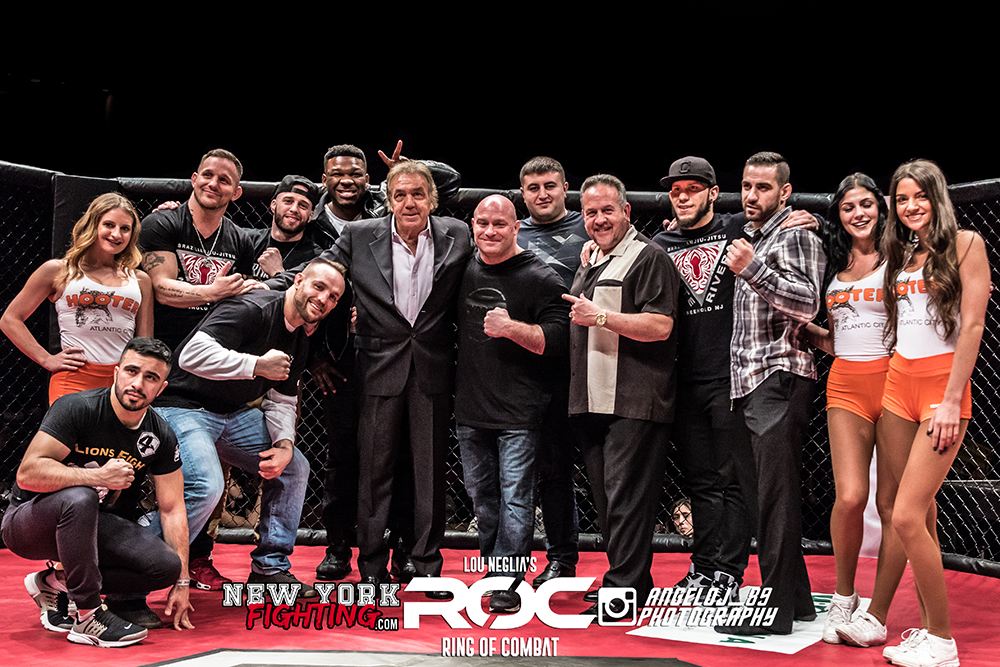 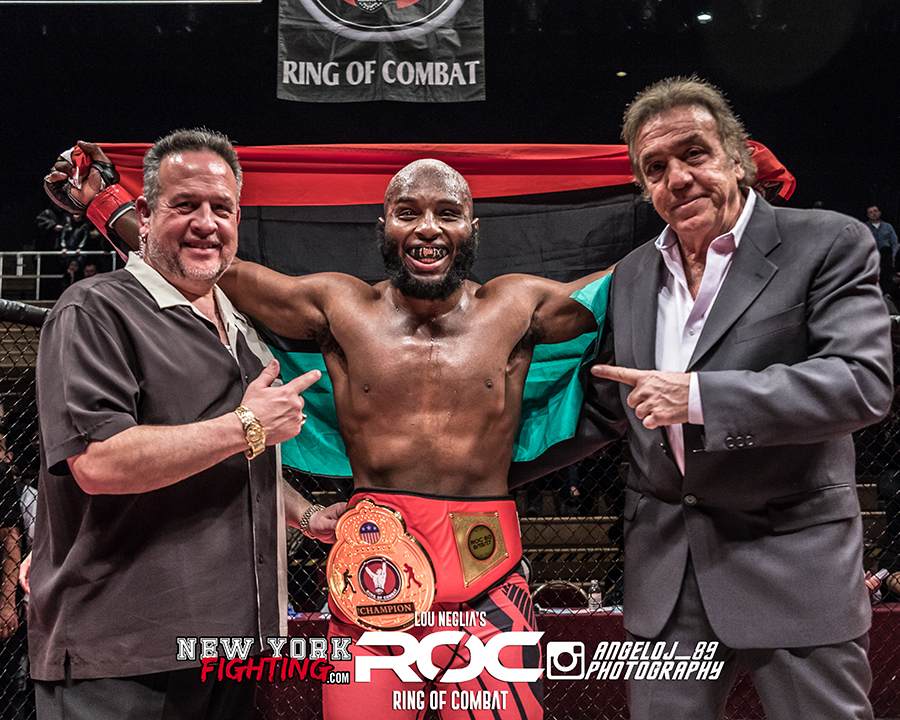 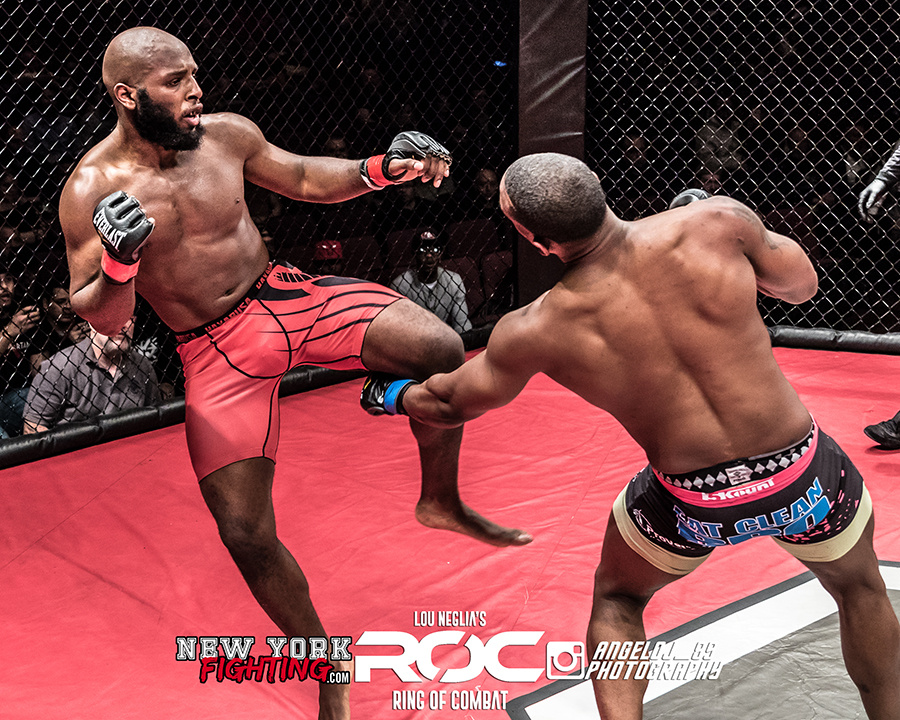 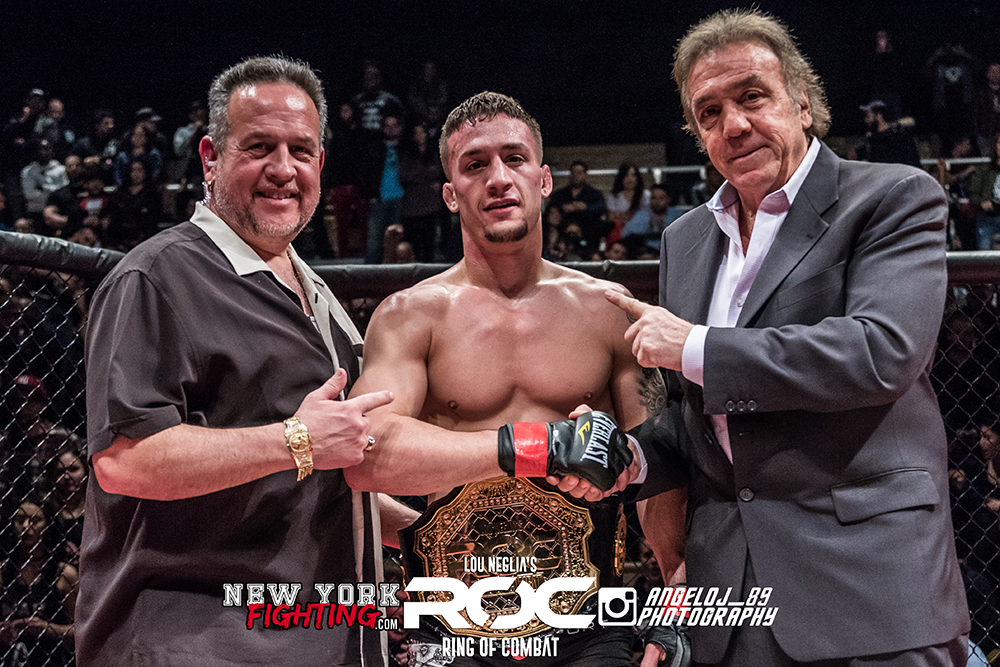 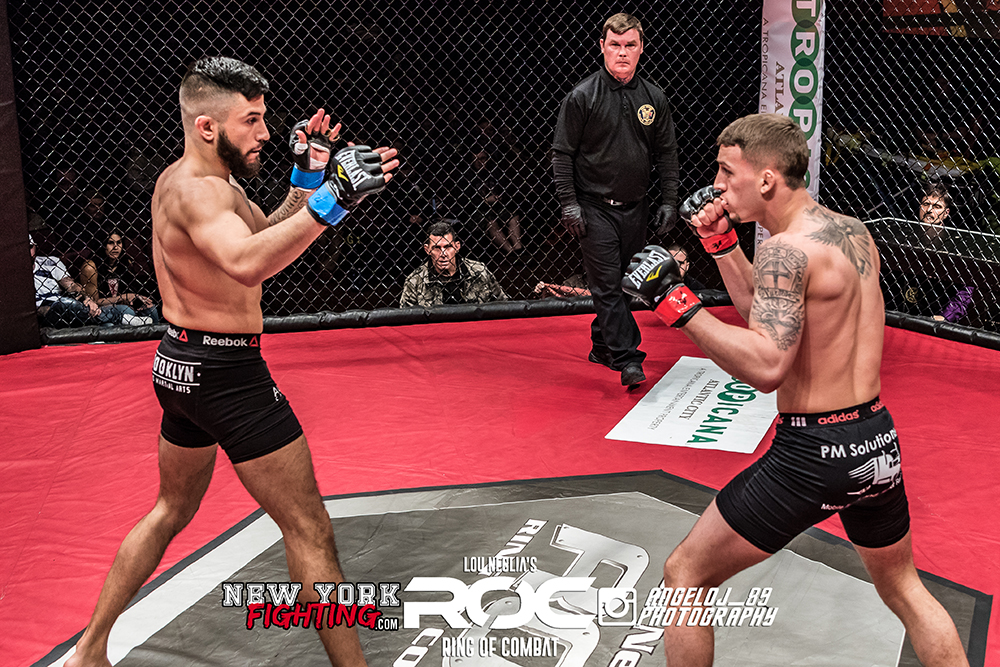 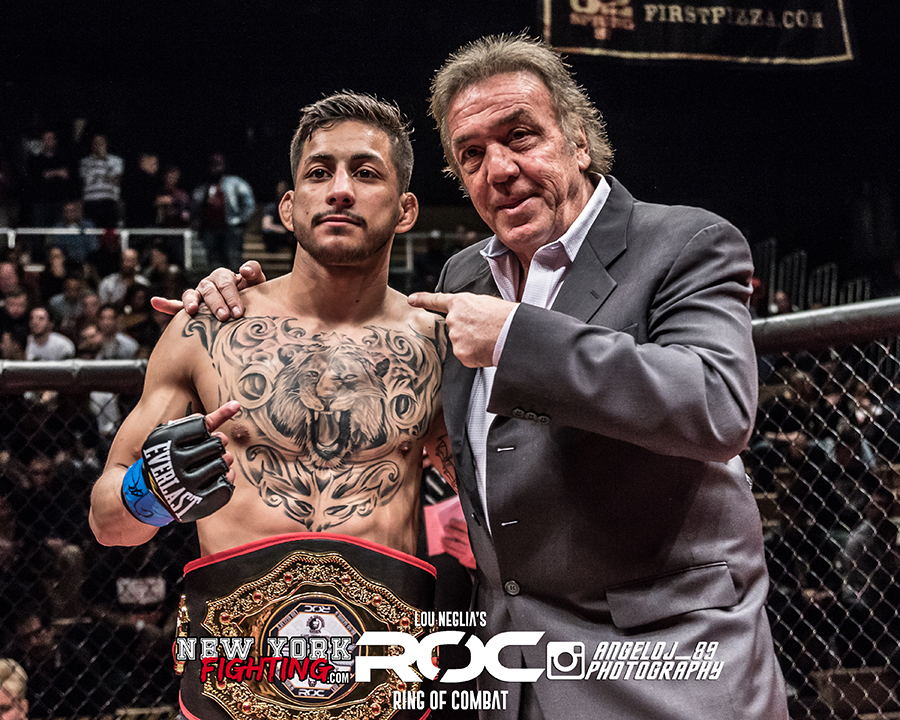 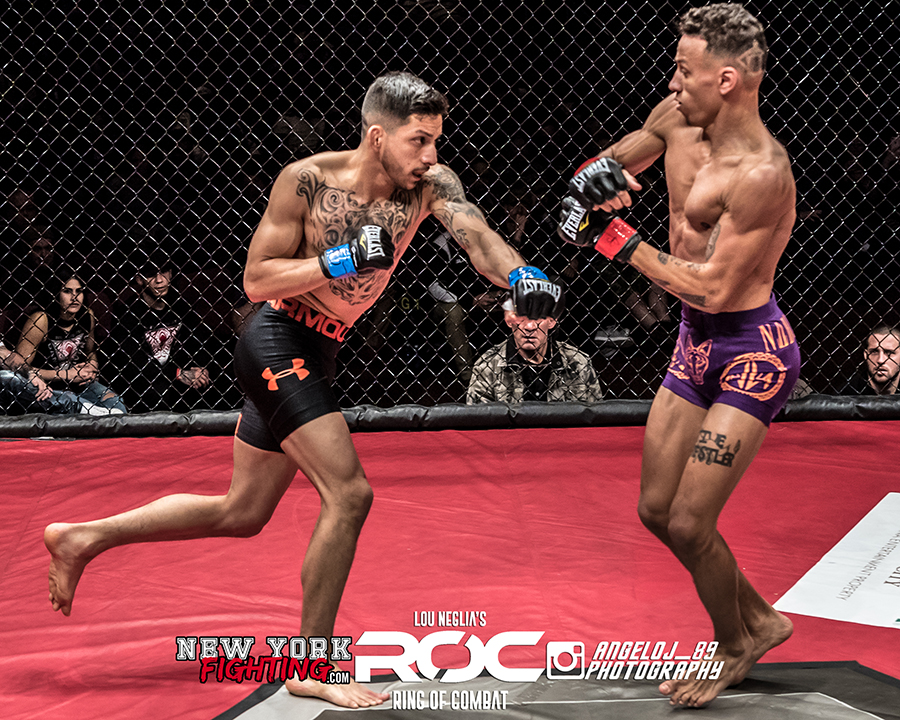 Winter is not over as it was quite apparent with the weather on March 2nd. The east coast was being bombarded with winter weather advisory alerts all day. Some places were expecting up to two feet of snow. That didn’t stop the fight fans from making the trip to the Tropicana Showroom in Atlantic City, New Jersey. It was a packed house as people came out in droves to checkout what we would become a fight night classic as Lou Neglia and Dead Serious Promotions put on a tremendous fight card for those who were in attendance.

What can be typical in the fight game, this fight card was not without its bumps in the road. Earlier in the week, the main-event bout between Jeff Lentz and Julian Lane as called off due to Lentz suffering an injury. There were no hard feelings between both warriors as they were still in attendance to watch the fights. The highly anticipated rematch Lane vs Lane is expected to take place at ROC 63 on June 8th.

On fight night, Bill Algeo’s bout with Tevin Cooke was called off just hours before their bout as Cooke became extremely sick and was unable to compete.

For those bouts that did take place they did not disappoint.

The new main event of Taj Abdul-Hakim vs Bradley Desir was a fast paced bout as Desir began aggressively stalking Taj at the opening bell. Seemingly know respect for Taj’s power, Desir fell victim to an explosive head-kick in the first round as Taj made a successful defense of his welterweight title.

The new co-main event was a rematch between two of the best bantamweights on the east coast when Phil Caracappa again took on Brandon Urquijo this time for ROC gold. Just as the first fight, this bout was again close as it appeared Caracappa easily took the first round with Urquijo returning the favor by taking the second. It seemed as if the fight was going to be won in the third. Caracappa began to pull away early in the third round and never let up as he won a unanimous decision and becoming the ROC regional bantamweight champion.

Tommy Espinosa became the new ROC bantamweight national champion when he knocked out William Elliot in the first round.

Full fight-night results are below:

Battle of the Millennium 5

Ring of Combat 27 in New York was a knockout. Fans witnessed the best MMA talent from the east coast when Lou Neglia brought a full amateur card to the big apple! For fight night results, see below. If you want to see all the action, click HERE for video-on-demand!

Visit New York Fighting for a full recap and photo gallery. See below for undercard results: 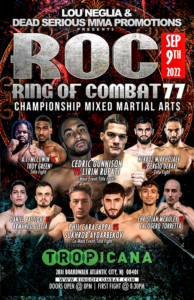