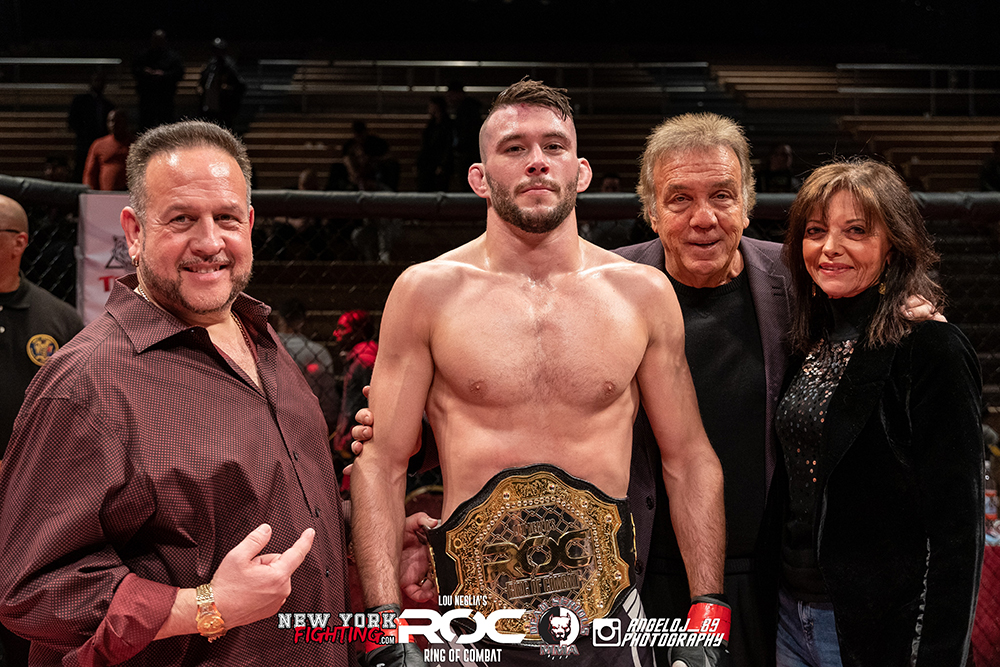 In typical fashion, it was another SOLD OUT event this past Friday night when #ROC67 invaded New Jersey’s world famous Tropicana Showroom. Fight fans got to witness MMA at its finest when the best fighters along the east coast and mid-west made the trip to Atlantic City to showcase their talents to those in attendance. Lou Neglia knows once again, UFC stars were revealed on this night. So much so, he personally sent a text message to UFC boss, Dana White with one message; take ROC champs Algeo and Caracappa as they are more than ready for the next level.

We’d like to thank the fighters, teams, and fans for making this night possible.

Fight results below along a few images. More photos to come this week.

Dominick Biondo vs Mario Hernandez; Winner Hernandez via RNC round 2

Jermey Puglia vs Thomas Powell; Winner Powell via TKO round 3

John Sweeney vs Phil Caracappa; Winner Caracappa via KO round 3

John De Jesus vs Will Algeo; Winner Algeo via RNC round 2 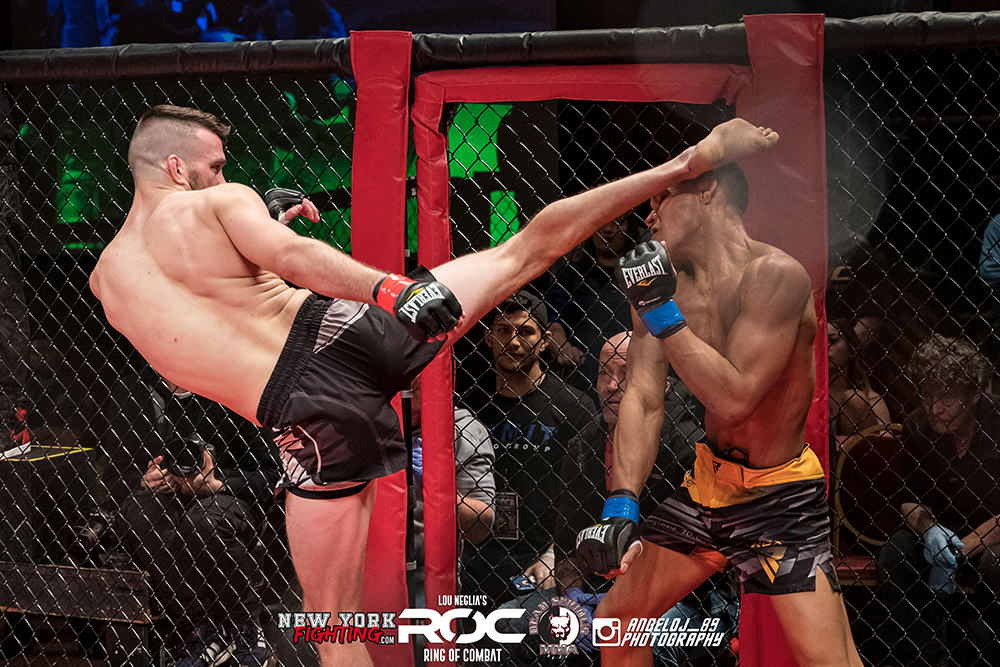 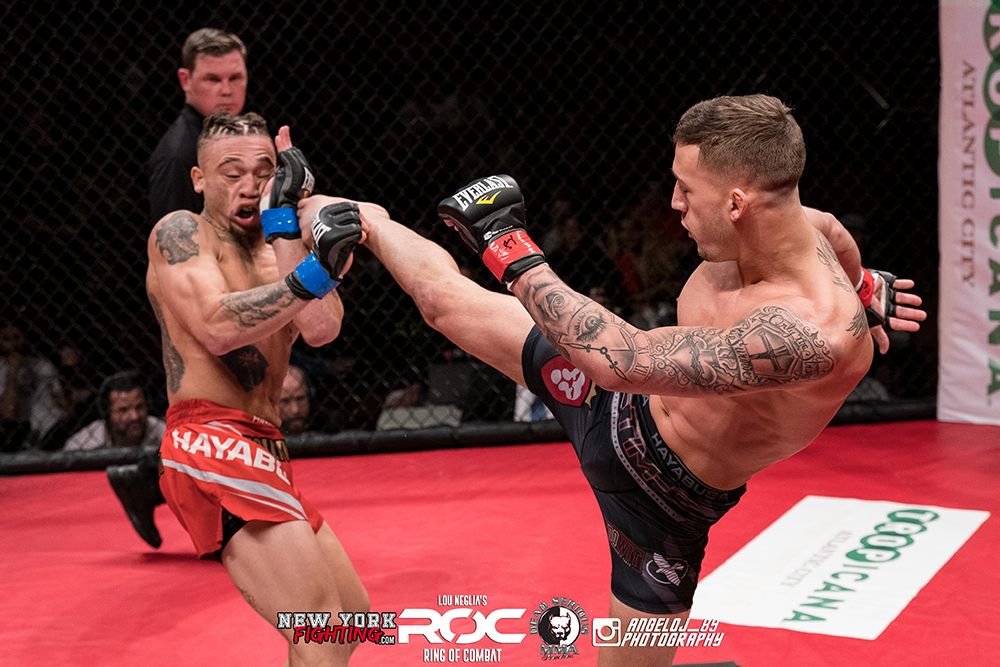