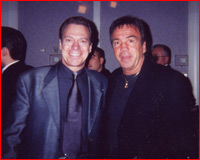 World Kickboxing Champion and former fighter of the year Louis Neglia has received countless awards throughout the years. He has been honered by both the Mayor and Governer of New York, and has also been recognized as the “number one promoter in Kickboxing.”

Neglia now has to make room on his mantel. He was recently inducted into the Martial Arts Hall of Fame.

“The martial arts is not what I do, but what I am,” commented Neglia. He also continued in saying that “I love the martial arts… it made my life what it is mentally, physically and I will continue teaching it at my academy in Brooklyn and I’m extremely proud that because of my training, my students have become champions in life and battle.”

The induction ceremony and celebration was held at the Tropicana Hotel and Casino’s Grand Ballroom in Atlantic City, New Jersey. Complete with food and entertainment, the event was sponsored by Martial Arts Magazine Editors Alan Goldberg and Al Sussman.

Television and movie star Joe Piscopo was on hand to MC the evening and to help celebrate a lifetime of dedication and achievement by Neglia. 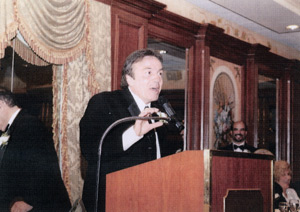 The Italian Board of Guardians, honored Louis Neglia in May of 2005. This is one of the largest Italian National Organizations, and has been providing service to the community for over 69 years. The Organization was founded in 1936.

Sensei was honored, and received the “Leadership and Sports Award” on May 18, 2005 at Russo’s on the Bay, in New York.

Past recipients of the award were Joe Piscapo, Tommy LaSorda, Mario Cuomo, and Ben Gazara.

This award is presented to Italians who have become extremely successful in life or career.

Sensei received 6 leadership and award plaques, along with citations and proclamations from N.Y. State Senators, Congressmen, Assemblymen, the Governor, the Mayor, and the Italian Board of Guardian Organization. 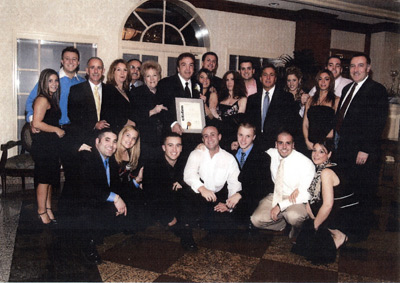 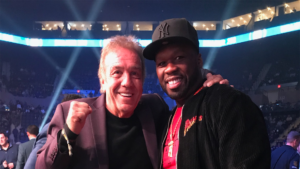 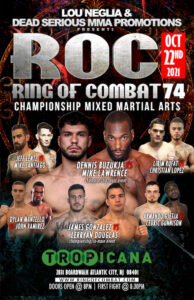