Louis Neglia is a three-time World Kickboxing Champion, a former U.S. Kickboxing Champion, a Florida Karate Champion, New York State Champion, and an Eastern American Karate Champion. No opponent has lasted more than three rounds against Louis Neglia since he won his first World Championship in 1980. Lou is a tenth-degree Black Belt, and retired from competition in 1985 with a career record of 34 wins and only 2 losses. He was named Fighter Of the Year in 1984 and was inducted into the Karate Hall of Fame. He starred in several motion pictures including “A Hard Way to Die”,”Super Weapon”,”Fist of Fear”,and “One Down”, “Two To Go.” Featured articles have been written about him in the top American and International magazines and newspapers. 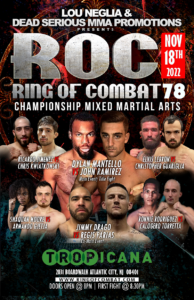