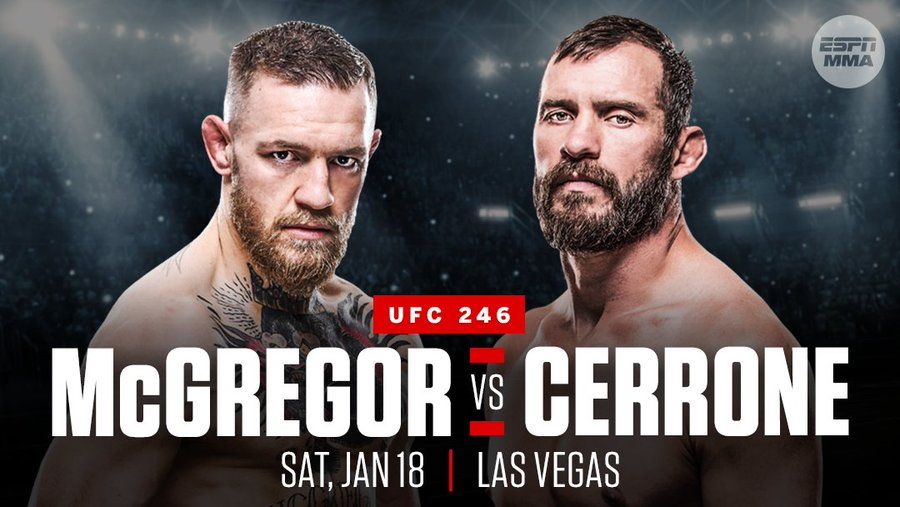 Lou Neglia was a three-time world champion kickboxer, and simultaneously a world-class coach; he’s now president of one of the most respected businesses in the MMA world, ROC, having promoted 200+ events. “The busiest man in the fight business” continues promoting ROC fighters and getting them to the highest level; to date he’s sent over 125 fighters to the UFC, with four of them becoming world champions. Below he offers his sage thoughts on Saturday’s main event – an easy win for Notorious.

“Conor McGregor has made some crazy predictions in the fight game but just like sports greats Muhammad Ali and Babe Ruth, his predictions unfolded just as he predicted,” began Neglia. “What started off as a meteoric rise in the world of MMA has been taken off-path.

“He’s proven to be quite the businessman with starting his whiskey company and own clothing line. With being a young man and with a net worth of over $”200 million, you can be guilty of thinking you’re above the law which is the beginning of a trainwreck.

“McGregor has obviously made bad lifestyle choices. With multiple altercations outside the cage to punching an old man in a bar and let’s not forget him throwing a dolly into a bus injuring multiple UFC fighters … stupidity at its finest. With this lifestyle, it was impossible for the real McGregor to show up for the Khabib fight.

“Now McGregor has the possibility to turn this into a Cinderella story. He’ll win against Cerrone and the fans will force the rematch with Khabib. After that, he’ll ride off into the sunset knowing that money doesn’t buy passion for McGregor. Fighting does.”