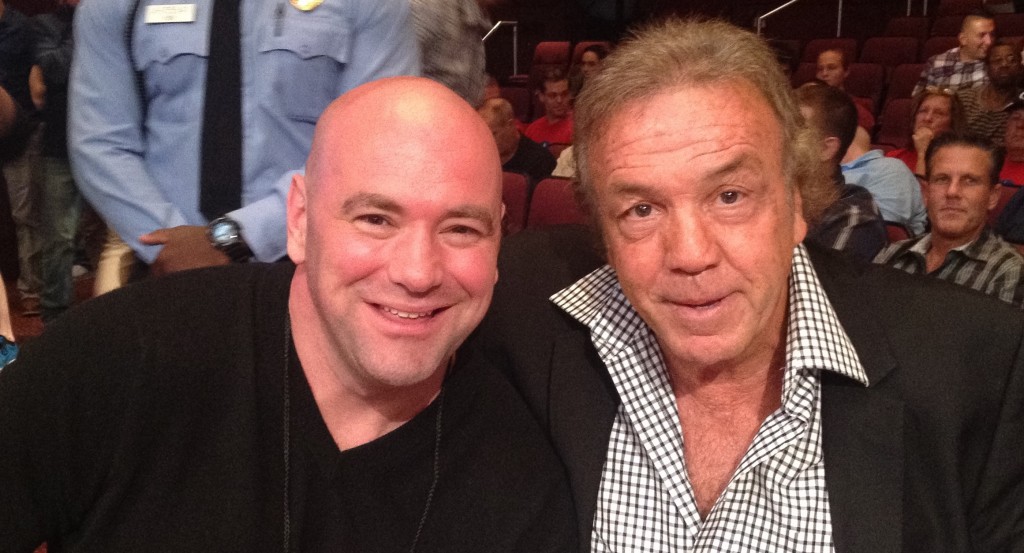 A sold-out crowd witnessed a tremendous night of action at the Tropicana Showroom in Atlantic City, New Jersey for Ring of Combat 58. The crowd was so energetic at times, it was hard to hear the timekeeper at the end of rounds…and for good reason. The eleven bout card had fans on the edge of their seats with the back and forth action. Fight fans let it be known, you are guaranteed two things when you go to a ROC show, you’ll get your money’s worth and a look at the next generation of MMA.

With that being said, Dana White and the rest of the UFC brass should take notice of three current ROC National Champions.

“Every fight was great but take notice on Julio Arce, Sidney Outlaw, and Merab Dvalishvili,” said Neglia. “These three had strong title performances at ROC 58 with Arce being the first ever ROC champion in two different weight classes. Not only will they be in the UFC, but they will be successful. Dana and his matchmakers should definitely take notice of this group. Take these three now!”
Starting with no financial backing, Ring of Combat has grown into one of the top regional promotions gaining national and international attention. To this day, it is the longest running show in Atlantic City and continues to produce new talent.

Success isn’t easy in the fight business, but after 50 events you begin to develop a formula and an approach to each event with special attention to the fighters. As a former world champion, Lou has great respect for the fighters who compete for Ring of Combat. To him, they are pursuing their passion and that is one of the most important things you can do in life.

That doesn’t mean you’ll get an easy pass when you step in the cage for ROC. There are no easy fights. Lou firmly believes that tough fights make tough fighters and that is evident as the UFC has picked up fighters from ROC with 9-5 records as opposed to fighters who were 10-0. In some cases, ROC has produced super fights where both the winner and loser received a call from the UFC scouts. Two examples would be Chris Weidman vs Uriah Hall and Chris Wade vs Frankie Perez. All four are signed by the UFC with Weidman becoming the middleweight champion joining ROC alumni Matt Serra and Frankie Edgar who also became UFC champions.