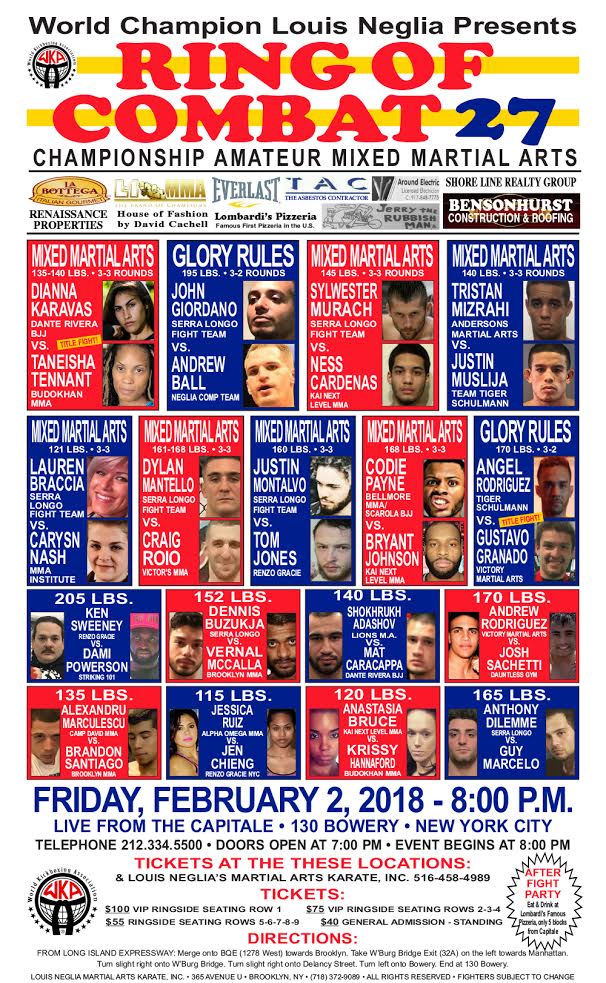 For the first time, Lou Neglia brings his regional promotion, Ring of Combat, to the great state of New York! February 2nd will mark the first time Neglia, a New York native, will bring his internationally recognized mixed martial arts promotion to the Big Apple! This is a full amateur card featuring some of the best talent on the east coast!