Considered the America Idol of MMA, Ring Of Combat…..Past, Present and its Future 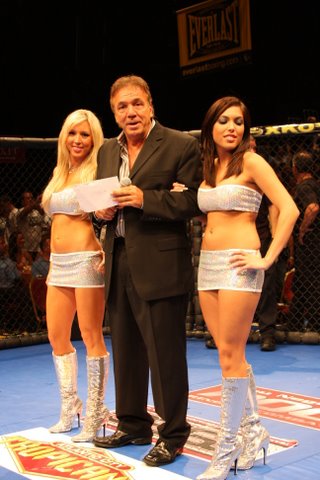 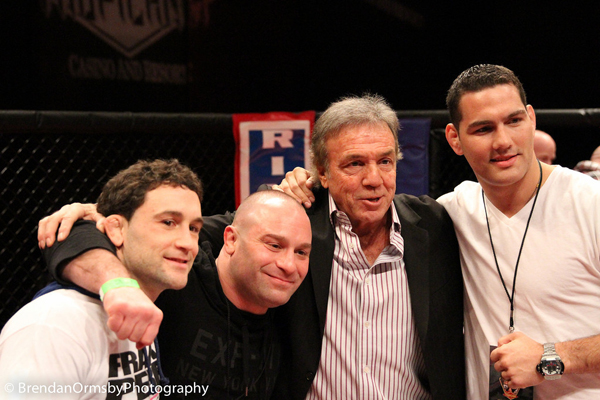 An historic milestone for any promotion is to put on its fiftieth event and that is the case for Lou Neglia as he brings Ring of Combat 50 to east coast fight fans January 23 at the Tropicana Casino & Resort. The fight card is stacked from top to bottom and will feature the best MMA prospects from all over and also includes six title bouts.

Ring of Combat is one of the longest running and most successful shows in the the country and for good reason. The east coast promotion has sent more fighters to the UFC than any other promotion. To date, over 90 ROC alumni have gone to compete in the UFC. Not only have they sent the most to the biggest promotion but all Ring of Combat alumni who compete against the world’s elite are having successful careers.

As a former world kickboxing champion, Lou knows what it takes to help build fighters. “The recipe is very simple,” said Lou. “Competitive fights challenge you. If you’re not challenged, you won’t change. You get more out of losing competitive fights by improving your game. You gain nothing winning a hand picked opponent for an easy fight,” he continued.

Lou recalls when UFC came calling for a ROC alumni, “the UFC has taken a fighter that was 8 wins with 4 losses as opposed to a fighter who was undefeated at 10-0 in another promotion. The matchmakers at UFC know just as well as I do that it’s who you fought and how you fought that matters,’ said Lou. “I look at these matches as fan myself. I put two solid fighters together that not only fans want to see in action but fights that I would like to see,” he continued.

Lou’s matchmaking skills are so solid that the UFC has announced a fight between not only two ROC alumni but two ROC alumni that already fought each other; Uriah Hall and Costas Philippou. The first bout between Hall and Philippou took place at Ring of Combat 34 when Philippou took home a majority decision. Their long awaited rematch is set to take place as a featured bout for UFC Fight Night on January 18, 2015.

“When I first heard that the UFC is putting on Hall vs Philippou, I was very proud,” exclaimed Lou. “These guys are true champions and gave their all at Ring of Combat. The have both come so far since then and I know they are going to put on a good show for the UFC,” he continued.

With Lou’s matchmaking skills and top pedigree of fighters, many wonder why he hasn’t made the jump to go head to head with the UFC but for Lou, that is an easy answer. “Not to long ago, I was approached by three very successful businessmen,” said Lou. “They asked me if I wanted to join forces with them in the world of MMA and their goal was to compete with the UFC and eventually become bigger than them. I thanked them for their time but declined. I am very content with what I am doing and have no desire to compete with the UFC,” continued Lou. “They have an all star team with Dana, Lorenzo, Marc Ratner, Joe Silva and are doing great things in the world of combat sports. I enjoy finding great but unknown talent and developing them for the world’s biggest stage and I am happy with the place Ring of Combat has in MMA history, being the american idol of the sport,” said Lou.