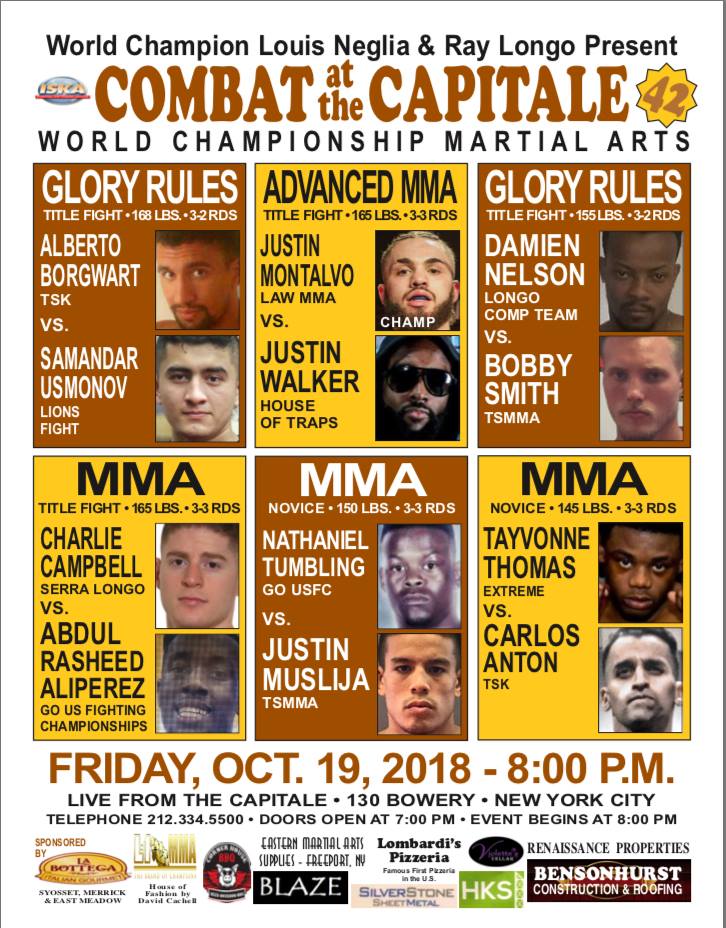 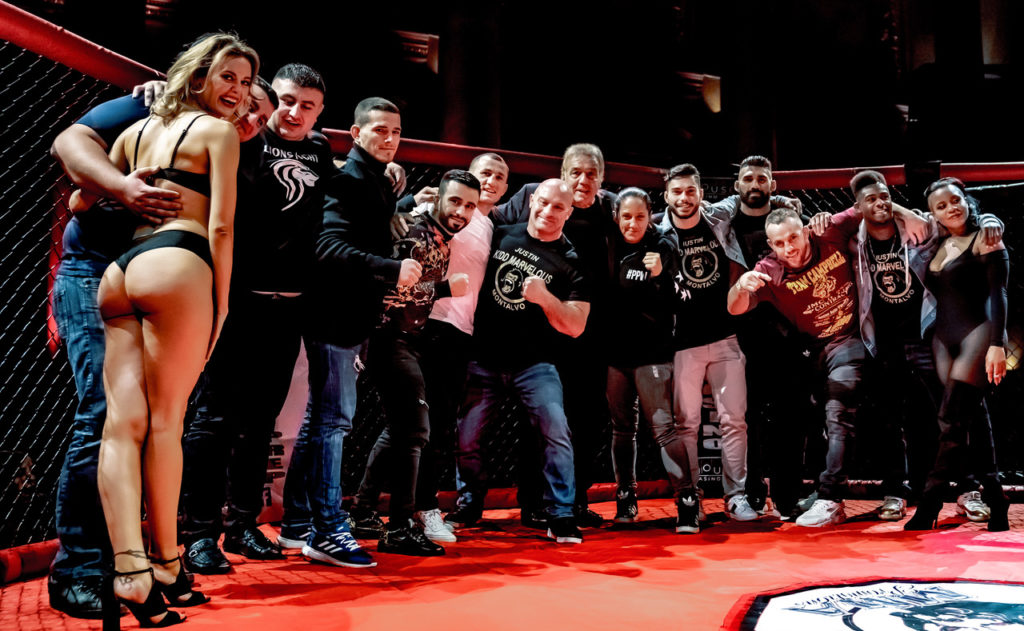 On Friday, October 19th Lou Neglia his famous Combat at the Capitale back to New York. Another sold out event where each fighter brought their “A” game and fans got their monies worth. He’s said it many times before that this was the bester Combat at the Capitale ever and its because these fighters are getting better. Lou feels that tough fights make great fighters and that is what’s taking place with each event.

Lou would to thank the fighters for showcasing their skills and also would like to thank the fans who continue to support Lou Neglia’s events!