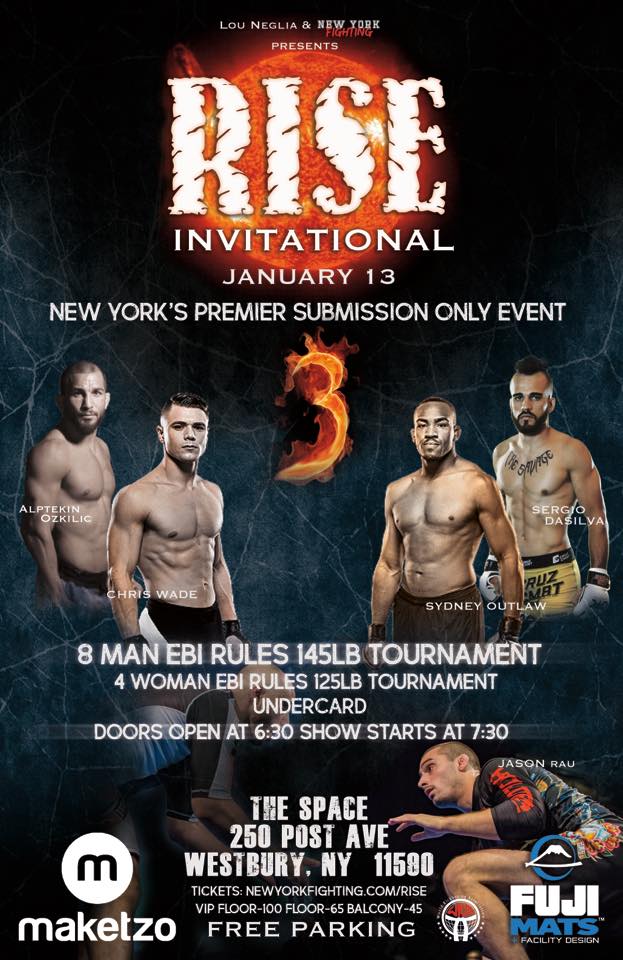 Lou Neglia with Matt Culley’s New York Fighting is excited to bring back another stacked grappling card to the great state of New York! With submission leagues popping up across the country, RISE has quickly become a dominant player and the premier grappling in New York with it’s mixture of up and coming BJJ artists and UFC fighters. This could not be more evident as the main event features UFC fighter, Chris Wade taking on Sidney Outlaw of Dana White’s Contender Series. RISE 3 will also crown its inaugural featherweight champion with a 145 lb. 8-man tournament with EBI rules.

The undercard is stacked with local grappling talent and much, much more!