Ring of Combat 49 Showcases Next Generation of MMA Superstars
Ring of Combat owner, Lou Neglia, said many times leading up to Ring of Combat 49, “this is the card to watch as it will introduce the next generation of great fighters,” and he could not have been more accurate as a total of 26 fighters put it all on the line this past weekend at the famous Tropicana Casino & Resort in Atlantic City, New Jersey.
Another jam packed crowd couldn’t get enough of the action as the night featured thirteen bouts with three title fights. “It has always been a goal of Ring of Combat to find talent all over and give them a platform to showcase their skills,” said Lou. “I feel we help build them ground up and turn them into local attractions that will be able to compete on the elite level,” he continued.  And attractions they are as their fans came out in droves to support their favorite fighter. Fan favorites such as Gregor Gillespie, Max Bohanan, Randy Brown, Mike Elshamy, enjoyed huge crowd ovations.
When asked what makes a great fighter, Lou’s response is always, “tough fights make great fighters,” and that could not have been truer in the main event between Andre Harrison and Jeff Lentz. Harrison started of the first round strong but Lentz came back and snatched the second according to most ring side officials and media. With the fight hanging on the third round, Harrison came out and showed a fighters heart as he sealed the deal with his takedowns. That’s not to say it was easy as Lentz also had his moments in the final round but it was Harrison that picked up the win.
Ring of Combat bantamweight champ, Julio Arce showed why he is one the best 135 lb. fighters in the nation as he starched Jake Grigson in the first round and improved his record to 6-0.
Matt Rizzo was the crowned the new Ring of Combat flyweight champion as he evened up the score between him and Jimmy Grant as he submitted Grant via rear naked choke. With the score now 1-1 between these two, their next fight could be a rubber match.
Full card results for the remainder of the fight card are as follows:
Andre Harrison vs Jeff Lentz; Harrison via SD
Julio Arce vs Jake Grigson; Arce via 1st round rear naked choke
Matt Rizzo vs Jimmy Grant; Rizzo via 1st round rear naked choke
Pat DeFranco vs Mervin Rodriguez: split draw
James Rumley vs Max Bohanan; Bohanan via 1st round arm triangle
Mike Elshamy vs Ryan King; Elshamy via 1st round arm bar
Oluwale Bambgose vs Steve Nichols; Bambgose via TKO due to doctors stoppage
Leonard Simpson vs Randy Brown; Brown via 2nd round TKO
Jenna Serio vs Jill Valenzuela; Serio via 2nd round TKO
Anthony Facchini vs Dan Corchado; Facchini via UD
Merab Dvalishvilli vs Dennis Dombrow; Dvalishvillia via 3rd round TKO
Cody Mooney vs Somner Martin; Mooney via 2nd round rear naked choke. 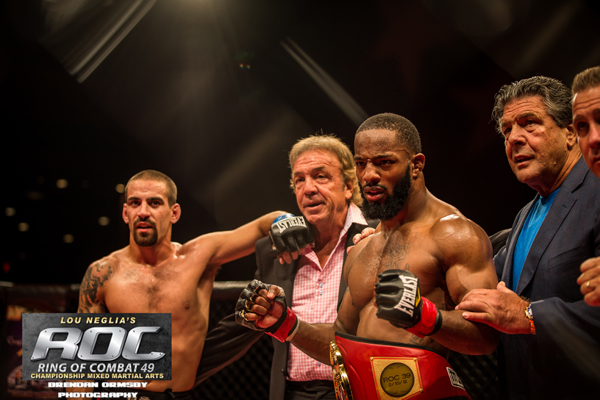 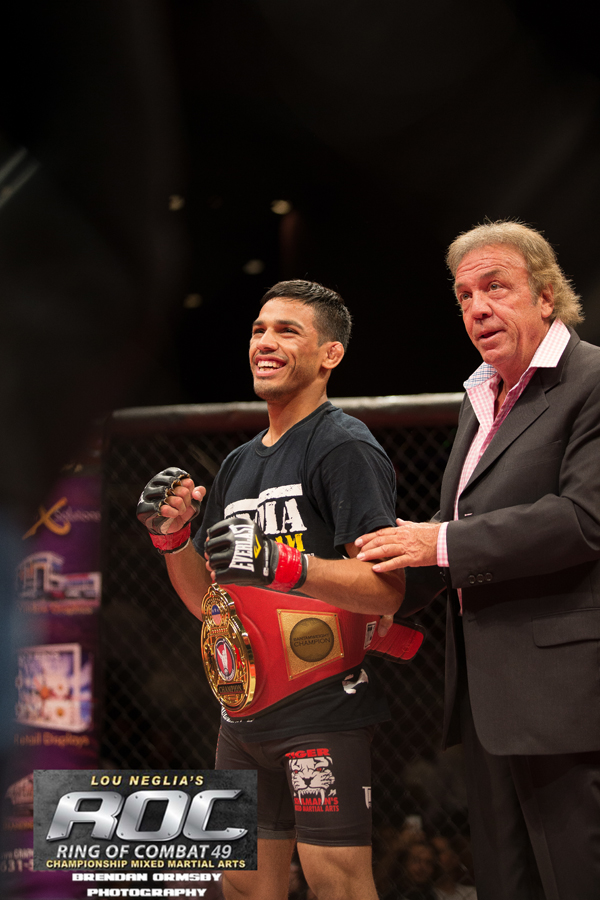 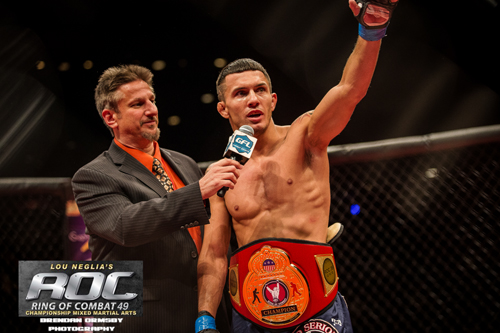 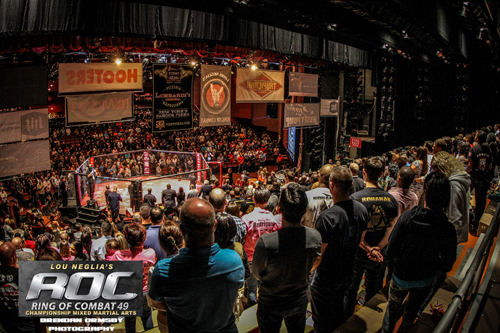