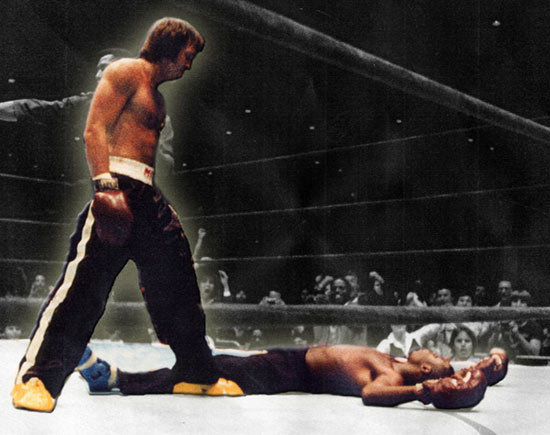 The winner of the eight-man, single-elimination welterweight (170 pounds/77 kilograms) tournament featuring a host of prolific, up-and-coming competitors, will be awarded a $20,000 grand prize and a one-year contract with GLORY, home of the world’s elite kickboxing champions and superstars.

Tickets for the event are priced from $40 for standing admission and $55, $75, and $100 for seated admission, and can be purchased at the door or in advance by phone at 516-458-4989.  The tournament is being held as part of a kickboxing fight card being promoted by former world champion Louis Neglia. “I’m very excited to see the top kickboxers compete and be featured in the new premier kickboxing league, as well as have a chance to be compensated monetarily for their talent, sacrifice, and hard work” says Lou, who is a top fight promoter.

“We are thrilled to bring our all-new ROAD TO GLORY development tournament series to fight fans in New York City, one of the world’s greatest sports and entertainment epicenters,” said GLORY CEO Andrew Whitaker.

“With the two ROAD TO GLORY tournaments we’ve held in the U.S. thus far,” continued Whitaker, “we’ve been able to discover tremendously bright and promising young kickboxers who could be developed to one day compete on GLORY’s championship stage, which is exactly what ROAD TO GLORY was created for.  We are confident that we will continue to unearth all kinds of new talent across the country, beginning with the upcoming event in New York.”

Tae Kwon Do black belt and Muay Thai champion Cyrus Washington (52-21-1, 48 KOs) of Macallen, Texas will square off with Chris Clodfelter (7-3-1, 3 KOs) of King, N.C. in a tournament “reserve” bout on the card.  Should any of the tournament’s quarterfinal round fight winners be unable to return to the ring for semifinal round action due to injury sustained en route to victory, the winner of the matchup between Washington and Clodfelter will take the injured fighter’s place in the tournament.

A draw to determine the ROAD TO GLORY USA welterweight tournament’s quarterfinal round matchups will take place on a date and at a location to be announced soon.

Doors at Capitale will open for the event at 7 p.m. EST and the first preliminary bout begins at 8 p.m.

GLORY World Series (www.gloryworldseries.com) is the world's new premier kickboxing league, producing live events across the globe and offering up to $2 million in prize money to the winners of one-night, 16-man ‘Grand Slam’ tournaments, which are open to only the best fighters in each of six different weight classes. The fight series also includes 8-man ‘Slam’ tournaments and events with traditional, single bouts.

With television deals spanning every continent, online live video streaming of all shows and the world's largest online martial arts library, GLORY is one of the world's most widely distributed sporting organizations.

Owned and operated by Glory Sports International (GSI), the organization has offices in the UK, Holland, Japan, Malaysia, Singapore and soon in the USA. Its personnel include an unprecedented mix of accomplished entrepreneurs and senior level executives from the diverse worlds of finance, sports marketing, television and martial arts fighting.

In 2013, GLORY launched the ROAD TO GLORY tournament fight series to identify and develop new kickboxing talent in The United States, Japan and elsewhere around the globe into future champions and superstars of the sport.